(The technology is in the developmental stage.) Pioneer Valley Renewables LLC uses two complementary patents to make improvements in the effectiveness of underwater turbines of 50-300%, depending on the size. The market is for what is called “hydrokinetic” power, which includes both rivers and tides. The technology has already been confirmed theoretically by US Navy engineers.

See our new website when it is available
www.pioneervalleyrenewables.com 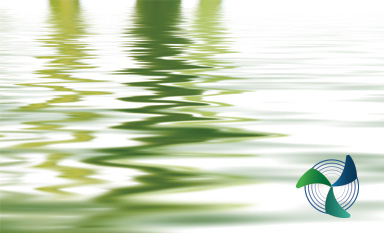 Hydrokinetic turbines operate from underwater currents, whether from rivers or tides.

We applied computational fluid dynamic technologies to underwater river and tidal turbines. The result was a turbine based on two synergistic patents, one on shroud shapes and the other on blade shapes. Together, they are capable of revolutionizing the industry by making turbines produce 50-250% more power. This large improvement is possible because we in effect concentrate the energy in the flow of water in two axes simultaneously, thereby making its velocity faster in the plane of the blades.

The US Navy validated the 50% figure through simulations on one specific design of 10 meter blades.

We intend to make versions of many sizes for different rivers and tides.

First demonstration project is tentatively scheduled for November 2014 in a river in Massachusetts.

STATE OF THE ART

There is another way in which this would advance the state of the art. The shroud offers an opportunity to suspend a mesh and protect fish, so it can overcome one of the major regulatory barriers.

Below: A photo of early-stage prototype. Middle: A simulation performed by the US Navy, showing flow from left to right at 1 meter per second. As it enters the space perpendicular to the foil, its average becomes 1.3 m/s. The red, highest velocity zone of 2 m/s is the most important to capture with the blades in the correct plane perpendicular to the flow. The graph shows the percentage increase in power compared to a simple propeller system on the y axis and the relative position of shroud to blades on the x axis in meters. Look at the black line. In a shift of shroud position of less than 20 centimeters, the percentage increase falls from over 200% to 50%.